The classic offer of sparkling wines by Peter Herres has been produced in Trier since 1976. The brand has been marketed and exported for more than 40 years. In fact, Römer sold more than 10 million bottles a year in the 1980s. The sparkling wine is named after the history of the hometown of Trier. The city was once the center of antiquity and one of the largest metropolises in the Roman Empire. It is said that the Romans drank “sparkling wine” as the culmination of their rituals.

Römer Krönung sparkling wine has an aromatic and fruity taste.

ALCOHOLIC DRINKS, 0,75l
contains sulfur dioxide and sulfites
Enjoy this elderberry fruity cocktail, which is always well chilled. Serve Hugo Black in an onion wine glass, well chilled over ice. It has a light and stimulating taste with an intense elderberry aroma and a pleasant sweetness. 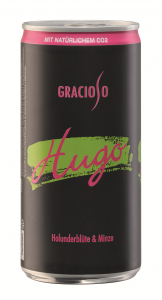 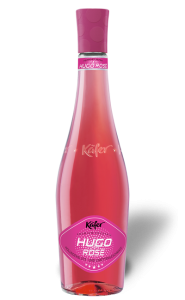 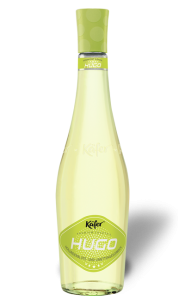 Hugo, with natural extract of elderflower and lime 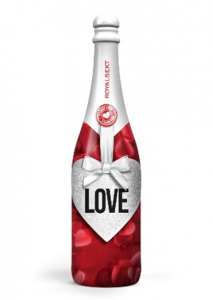